Light and matter. Sundials is my longest project, I would
dare to say endlessly, because it is the representation in
the form of a picture of a state of equilibrium, deliberately
recreated even when in reality it does not exist.
I use architecture, the element I've been in contact with
for a few years studying at the Polytechnic of Milan,
because it allows me to steap away from reality and to
recreate shapes in which it is easy to get lost by nullifying
the meanings associated with the places and the environment.
I thrill my emotions by channeling them into plays of light
and shapes. It is a very intimate work, it is not a simple
representation of architectural details, I could do the
same with rocks or other natural elements, but the world
of the project fascinates me, and it's a challenge for me
and a tribute at the same time, since very often I use
buildings designed by masters of modern architecture
or very well-known contemporary constructions:
in this there is the divertissement of portraying details
of very famous and photographed places that are in this
way unrecognizable, unless they find their identity again
by reading the caption.

Sunsets leave a mark on matter through the shadow
they generate with their own mass, beating time.

Architectural artifacts, in the same way, leave the mark
in the space where we move, are not just places to live,
are also aesthetic objects.

I have sought this from architecture, the emotion that
comes from the set of light plays that a solid form can
determine in relation to a certain time of the day.
It is as if for a moment the world stopped and in a great
silence these buildings were introducing parts of
themselves, each time different, with an ephemeral
beauty, it is up to me to find it moving in space and time.

The light, sometimes so strong that it blinded, emphasizes
the details, matter, as the shadows serve as a counterpoint,
support the new life that the photographic image captures
from the physical reality of the building. The photo makes
it so the architecture as a crystal, but not in the sense of
geometric perfection as intended Gio Ponti in his famous
writing, but recreating a balance of forms that only through
interaction with light the structure can generate, and this
momentary ecstasy, purely aesthetic, it is, if you will, a snapshot.

These images are as far removed from what is known as
architectural photography, because they do not aim to
represent the space and the place where the man is brought
to move and to live as a physical entity, they do not aim to
try to be an objective vision of the urban space, but instead
are totally subjective and abstract visions, even if built with
the language of matter, without which, however, the
architecture could not exist. 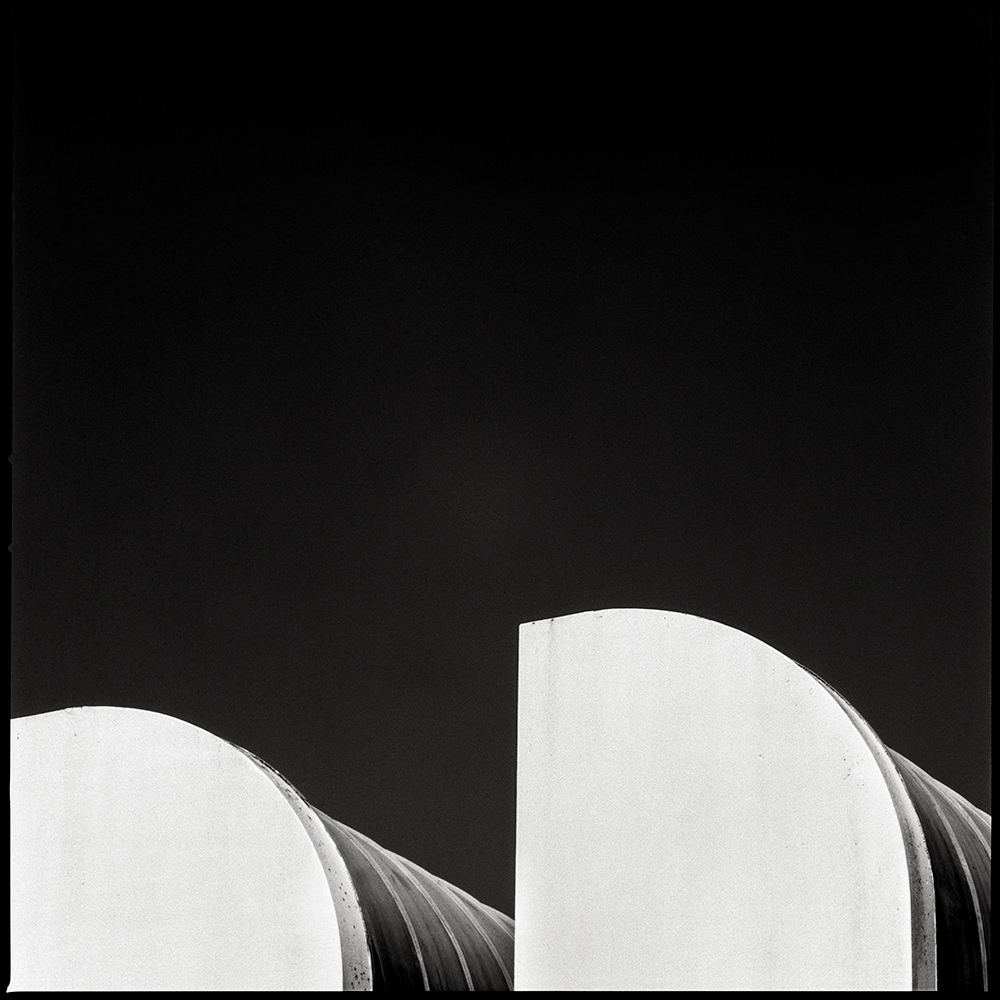 We use cookies to ensure that we give you the best experience on our website. If you continue without changing your settings, we'll assume that you are happy to receive all cookies from this website.Ok